There are so many interesting, seemingly unknown, facts about one of the nations’ most important buildings, The White House. Here are some facts about the famous building.


George Washington never lived there: Washington passed away in late 1799, before the White House was completed. John Adams became the first president to live there, one year later.


The basement: The White House basement doesn’t just have meeting rooms. It’s lined with rooms including a bowling alley, a flower shop, and even a dentist’s office. 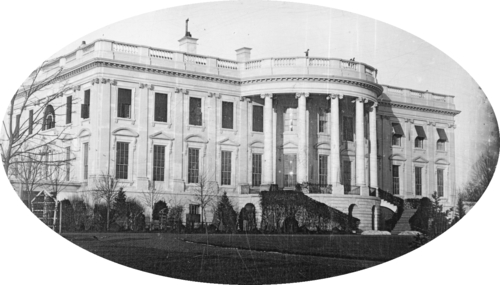 The “temporary” West Wing: The famous room known as the West Wing was never meant to be. It started out as a temporary office for President Theodore Roosevelt, but it expanded into a permanent residence under President Taft and President Franklin Roosevelt. Taft moved the Oval Office to the West Wing and the rest is history!


The White House was rebuilt after the War of 1812: The British set fire to The White House in 1814. Before escaping the burning White House, Dolley Madison insisted on saving a portrait of George Washington. It is said that she thought someone was taking too long rescuing the painting so she broke the wood and took out the canvas. The painting that she rescued was actually a copy of the famous portrait by Gilbert Stuart. The piece has a book with the title, “Constitution and Laws of The United States.” The typo isn’t a mistake – it was intentionally done to show that the painting is a copy of the famous original.


Gallons of Paint: 570 gallons of white paint are required to cover the outside surface of the White House… That is a lot of paint and many trips to the hardware store!


Lots of rooms and doors: Aside from 132 rooms and 412 doors, the White House also has 28 fireplaces, eight staircases, and three elevators. It also has six floors—two for the public, two for the First Family, and two basements.


Chefs and Guests: The White House kitchen is home to five chefs who can serve dinner to at least 140 guests and hors d’oeuvres to more than 1,000 people at a time!


Now that you have a briefing sheet on The White House, go impress your friends and family with your knowledge!

To continue searching, you must agree to the Terms of Use.

For the best experience, please provide your cell phone number and select accept below to opt-in to our Terms & Conditions and Privacy Policy to begin receiving text and voice communications.

or make a new notebook

Redirecting to allinlandempirehomes.com to complete your search.

Search the full MLS and Exclusive Property Listings.
(Prices and inventory current as of June 24, 2022)

See local market activity affecting the value of
your home & maximize your investment.

We just need your phone number to finish creating your account.